Jason and Melissa have been on a 12 year journey to become a family of three. In this time, they have experienced what they call “the agony and the ecstasy” but through it all, Jason and Melissa can say with confidence that they have seen God in every moment and He never left them.

They began their journey trying to achieve a pregnancy and Melissa enrolled in a research study at a medical center. Melissa remembers the agony of every negative pregnancy test while Jason remembers how difficult it was to watch Melissa give herself daily injections and to see the resulting bruises on her body. When the doctors turned the conversation to IVF, Jason and Melissa thought long and hard, and together decided not to proceed with that process. They decided to take a break.

Later they pursued the option of foster care. They navigated through that for about a year and were blessed with a respite assignment of a brother and sister. They still think of those children and thank God for the opportunity to share their lives with them, if even for a few visits over several months. It was difficult to hear that the children would be going back home, even though it was not the best place for them. Through that process, they decided that foster care was not the avenue they were to take to grow their family. Again, they took a break.

Through the years, friends would connect Jason and Melissa with women in a crisis pregnancy. They have lost count the number of times they were considered, looked over, or experienced a failed adoption when a birth mother would later decide to parent.  The most difficult experience came when they were in contact with an expectant mother who said that she wanted them to parent her baby. Weeks later, Melissa was unable to contact her. Through another source, Melissa found out that the baby had been born early and the birth mother decided to parent. Feelings of unworthiness and hopelessness would start to surface and at times they considered giving up.

It was at this point that Jason and Melissa found themselves in three different conversations, with three unrelated people, who all suggested that they contact Victorious Hope Adoption Consulting. They knew they needed a more solid path, and someone with experience to help them navigate the adoption journey. Believing this was their last, good try, they contacted us.

Jason and Melissa initially met with us December of 2015, and were first matched with an expectant mother four months later. But there were still some more lows to pass through in their quest for a child. That pregnancy resulted in a miscarriage and then a second match also miscarried. Matched a third time, the expectant mother decided to parent. These were times when they had to heavily rely on their faith, and the support of their faith community, because they really began to doubt the Lord’s plan for their family. Thankfully, they did not give in to the temptation to quit because their little blessing was on the way.

In December of 2016 they were matched with an expectant mother whose baby was due in July. Melissa made the trip to visit with her and her mother. It was a blessing all around. Despite fears and discomfort, the three quickly connected and Melissa’s heart was drawn to this brave young woman. Not wanting to miss the delivery, Jason and Melissa decided to arrive a week before the due date. But their son was in no hurry to be born and his due date came and went. While they waited, they again connected with their son’s first mother, going to doctor appointments with her, having meals with her, and sight-seeing together. What beautiful memories were made during this time!

But fear again surfaced. Extra time out of state meant higher expenses for them. They told the owners of their apartment that they were going to need to extend their stay. The owners replied by telling them to stay as long as necessary; they have a nephew who was adopted and they want to help any way they can. For every difficult moment, Jason and Melissa stood on the promise that there was a moment of joy waiting to be revealed. 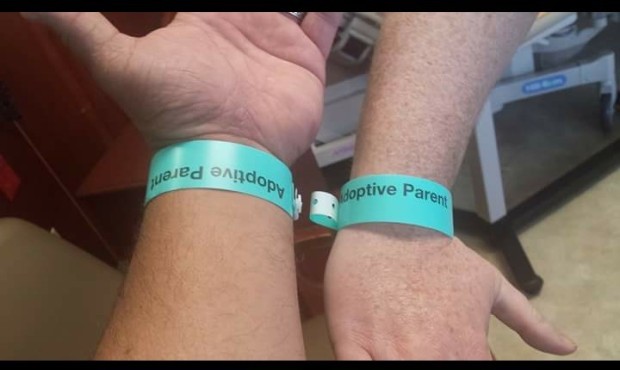 And finally, they are a family of three and they can say with confidence that God has never left them even when they could not see what He was doing or how He was leading. They have experienced God’s grace through the love shown throughout their journey. God blessed them with amazing family, friends, and a church community who have supported them, wiped their tears, been strong when Jason and Melissa couldn’t be, and who simply never let them give up hope. Finding Victorious Hope Adoption Consulting at just the right time was a blessing to them and it brought them through the final leg of this journey. They know that the timing of the referrals to VHAC could not possibly be coincidence; it was just simply God. They especially felt His presence when they met with their son’s birth mother. They know the whole process was God-ordained and the time spent with her was blessed. They were able to share their faith with her and her mother. Jason and Melissa see God’s grace in the face of their son and the journey that led them to this precious gift. 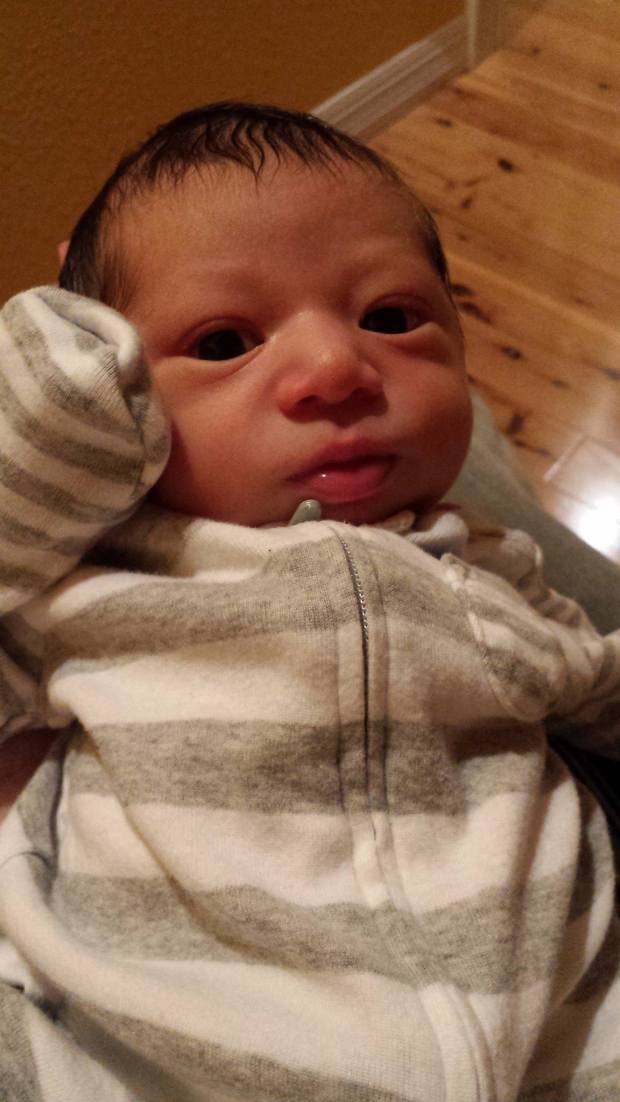