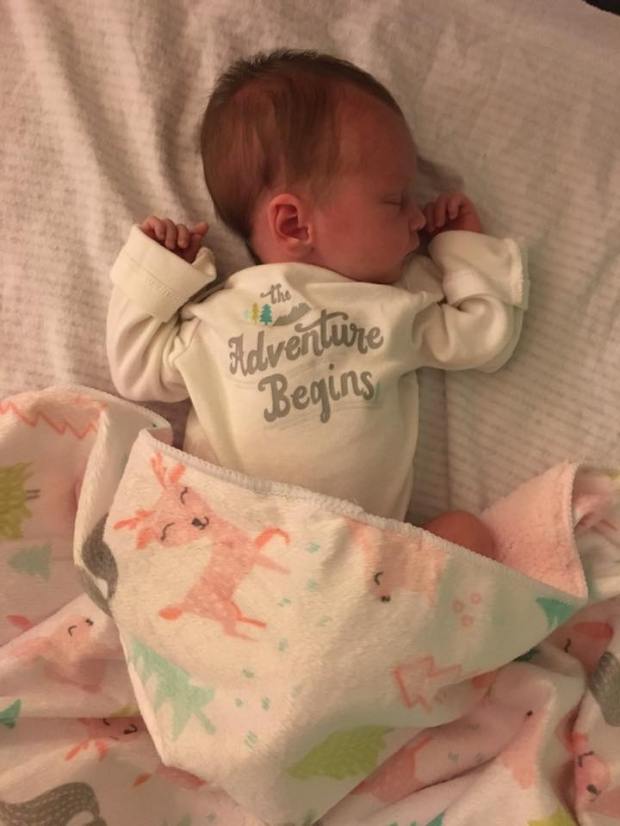 Melissa knew at an early age that she was unable to conceive a child naturally. This news was shocking, and she always hoped the doctors were wrong, but she also came to realize that there would be other options to becoming a mother.

When Tyson and Melissa met, they agreed that they would be open and honest about everything. It was even on their first date that Melissa talked about her past, including the issue of infertility. Tyson never missed a beat, assuring her that this was not a big deal to him. He knew that you didn’t have to give birth to a child to be a mom or dad. On the contrary, being a parent is someone who loves, nurtures, and raises a child to grow with these same values.

Tyson and Melissa first met with us in June of 2017. It didn’t take them long to complete their homestudy and by Labor Day they were sending out applications and profile books. They were matched just shy of one month later! And in less than 30 days after being matched, their beautiful little girl was born.

For Tyson and Melissa, the wait was the most difficult part of their adoption journey. The wondering, hoping, and praying are tough. And even after they were matched, it was difficult to wait for updates and communication from caseworkers. On the other hand, they have been blessed beyond measure by their daughter’s birth family. Through their adoption adventure they became close to their daughter’s birth mother and half sister. This was a part of the journey they hadn’t imagined or expected.

This family knows that God has been with them through the entire adventure and will be there for whatever comes next. One particular story stands out: After a particularly rough night at the hospital, Tyson and Melissa were getting ready to freshen up because they just needed a few minutes alone. Then the phone rang and it was John, co-director of Victorious Hope Adoption Consulting. The best part? John had misdialed and had really meant to call someone else but God knew that they needed someone to talk to and John was there.

Tyson and Melissa encourage all couples in the adoption adventure to speak up! Don’t be afraid to talk! Talk to your consultants, your agency, to family and friends. Remember that you are not alone and that this is a non-stop adventure that will never end. It’s a beautiful story written just for you!